Harding-Concordia is the result of several mergers.  The base lodge was Warren G. Harding #687.  Since, we have added Concordia and Ellbrook Masters.

In Feb. 1923 several prominent Masons of Brooklyn, imbued with the idea of forming a new lodge, decided to petition the Grand Lodge of Ohio for a charter of dispensation empowering them to do so.  After months of prayers to the Great Architect of the Universe, their prayers were answered.  On June 1, 1923 Wor. Bro. Herman Thiessen called to order the first meeting of Fidelity Lodge, later to become Warren G. Harding #687 because another Lodge had petitioned for the Fidelity name in the State of Ohio previously.

In 1913 talks began to muster between several brothers on forming a lodge in the “South Brooklyn” area.  Conversations continued for years until finally the proper action was taken and Ellbrook Lodge #634 was formed.  They held there first meeting under dispensation on March 16, 1916.  They then moved their meetings to a dedicated hall on Nov. 8th, 1916 where they continued their work for many years, in a framed building on the west side of Pearl between Broadview and the post office.  In Sept. 1957, Ellbrook in a joint venture with Harding built “The Temple”.  Several bodies met every week there.  Through the hard work of all, a Mortgage burning of “The Southwest Masonic Temple”, was enjoyed by all on Jan. 26th, 1968.  Dec. 15th, 1997 after several mergers of there own, Ellbrook-Masters joined the brotherhood of Harding where they continue their strength and support of all brethren.

The oldest of our chartered merges is represented by the forming of Concordia Lodge #345.  Their charter of dispensation was granted on Oct. 23rd, 1863 with the permission to work in the German Language, which we continue to do today.

Our Concordian brothers met in a small hall on Superior St. opposite of Bank St. (W. 6th) for several years then moved to the Case Building on Superior.  They remained at this location until 1887 when they moved to the Masonic Temple until 1920 when the building was sold.  The final settling place came in 1949 at the West Side Masonic Temple on Franklin Blvd.  Concordia celebrated many milestones in their travels throughout.  A Silver Jubilee, and a Gold Jubilee was enjoyed by some 800 masons and their ladies in the early 1900’s.  Concordia has also had to overcome the World Wars watching their brothers get called to service.  We celebrate the tradition of the “Forget Me Not” to remember our past brethren.  Now over 140 years Concordia remains strong in the hopes of joining Harding and all our brothers to maintain Brotherly Love, Relief and Truth.  As you can see, Harding has agreed to keep the rich tradition of Concordia’s number, #345!
​
This my brothers is the legacy we now have the honor of preserving for our future generations.  Now and until time immemorial we should keep bound together in providing our oaths and obligations we have sworn to do.  The time is Now.  Get involved in any manner or form you can wherever you may preside. 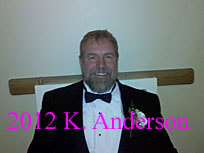 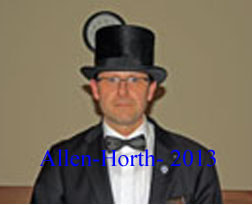 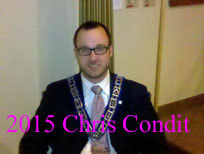 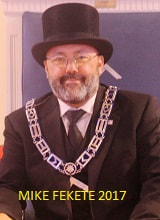